Former musicOMH deputy editor Andrew Burgess is a is a doctoral student in rhetoric and composition at the Florida State University in sunny Tallahassee, Florida. He studies documentary films and if anyone will listen, he'll talk at length about the old maxim, "Every cut is a lie." He's also writing a novel, but "writing" is a loose term these days. In his free time, Andrew acts as the front man for a Florida third-wave punk-ska outfit called The Shower Beers and drives around the southeastern United States on the lookout for dive bars and juke joints. Anywhere there's cheap beer, a live band, and a dance floor with plenty of room to do the mashed potato, really. Andrew's current favourite bands are Someone Still Loves You Boris Yeltsin, The Walkmen, The National and The Stills. He also loves good soul music and he's currently hung up on Charles Bradley, Sharon Jones and Lee Fields. As for films, he keeps coming back to these: Eternal Sunshine of the Spotless Mind, The Big Lebowski and The Life Aquatic With Steve Zissou. His favorite documentaries are those made by the incomparably neurotic Ross McElwee. Twitter: @Andrew_Burgess_ 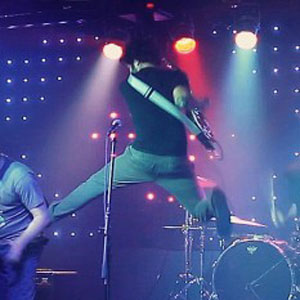 The National – Trouble Will Find Me (Album Reviews)

Nada Surf – The Stars Are Indifferent To Astronomy (Album Reviews)

The Little Willies – For The Good Times (Album Reviews)