Ben has always had a thing for music, since early introductions to classical by his parents that led him to play cello at school. He also played in school orchestras, much to his embarrassment, and wowed the school assembly with a one-fingered rendition of Jean Michel Jarre's Rendezvous Houston on keyboard - an auspicious start! He pursued music to degree level at university in Guildford, achieving some late notoriety for bringing his own Prodigy-style rave fest to a classically educated audience. By then he had embraced dance music in all its mid-1990s glory, and it sat nicely alongside his classical and rock tendencies (with a weakness for the progressive). As a result, Ben's record collection is a happy mix of all sorts of styles. Born in Norwich, he grew up in Norfolk for eighteen years in the 'overspill' town of Thetford, where as Del Amitri might say, "nothing ever happens". Norwich is a different story though - he supports the football team (mostly from afar). Ben's spare time takes in much music and football, but he also enjoys art, movies, travel, TV, good food and beer. He now lives near Forest Hill in a cosy flat with a patient girlfriend and Futurama-inspired cats Leela and Fry, who somehow dodge his CD collection. One day he dreams of a place where he doesn't trip over CDs every day. (We don't believe him, but this is what he says. - ed) As well as writing for musicOMH, Ben reviews dance albums for other publications, writes artist biographies for the Virgin Encyclopedia of Pop and dons his classical hat for the occasional contribution to Metro. Ben is on Twitter: @Benjammin22 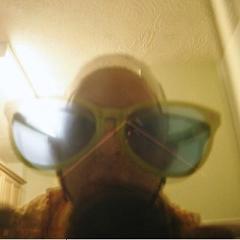 Lightning Seeds – See You In The Stars (Album Reviews)

Sampa The Great – As Above, So Below (Album Reviews)