David was born in Stockport but his heart has, most of the time, been up the road in Manchester. This was confirmed when, aged 15, he turned up for a day at school wearing a fisherman’s cap and baggy Stone Roses t-shirt: a young, chubby Reni. People thought he looked like an idiot; he’d like to think he was ahead of the comeback curve. Eventually, after exhausting all things Factory, David found Belle and Sebastian, The Velvet Underground and Pavement and the like. He also began creating zines with his friends, one of which was defaced by The Fall’s Mark E Smith (it did feature a picture of him gurning). After a year in London, he studied Journalism and English Literature at the University of Salford and did bits for This is Fake DIY. After graduating, he wrote about Stockport County and general footballing issues for When Saturday Comes and has been published on the London Review of Books Blog where he lived out a journalistic fantasy by, idiotically, going into the heart of the Manchester riots. By day, David is a data manager in a secondary school. Spreadsheets by day, writing by night. Well, sometimes. David is on Twitter @davidpmeller. 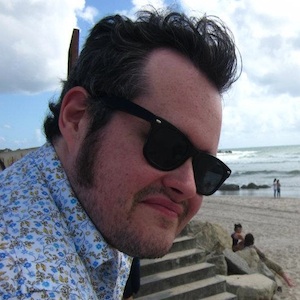 Scott Walker – The Childhood Of A Leader (OST) (Album Reviews)

Paul Heaton and Jacqui Abbott – What Have We Become (Album Reviews)