Elliah Heifetz would ideally love to be a rock singer, but is instead studying English Literature at Yale University in the United States. Despite this impasse, Elliah is the current Reviews Editor at The Yale Herald, an undergraduate weekly publication, where he has also served as the Culture section editor and as a staff writer since 2012. While his favourite musical groups include everything from Ladysmith Black Mambazo to Japandroids to Thelonius Monk to Bob Dylan, beneath it all, Elliah just loves a good song and dance number. And when he's not listening to music and writing about it, Elliah sings in a rock band to make himself feel better. 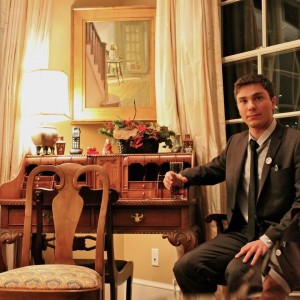 The House Of Love – She Paints Words In Red (Albums)