Born during '77's Summer of Punk in a town so 'pop' it's fit to burst, Watford, (which has spawned Sir Elton John, George Michael and the mighty Geri Halliwell to date), Ian was not just surrounded by music on the streets of his birthplace but also at home as a young lad. Being introduced to music at such a young age meant he was a New Romantic before he knew even what romance meant, but those synthpop days listening to Yazoo, OMD and Ultravox were to form the launch pad for his future taste, or lack thereof. A liking for anything-with-a-keyboard-on-it was quickly forged and Jean Michel Jarre's Franco-techno led to Ian getting into house then rave music, but not getting into house clubs or raves as he was too young to stay out that late. As he grew up his taste remained largely synth-centric getting into ambient, trance (pre-cheese era), techno (pre-nosebleed) and chill-out (pre-coffee table) while at the same time absorbing some of the past masters through the likes of Tangerine Dream and Kraftwerk. By the time he hit his twenties he could often be heard muttering "it's not like it was in the old days" but in spite of being old before his time he still finds much to get excited about in today's music scene and now even derives enjoyment from music that doesn't involve keyboards. Music journalism has always been Ian's passion, but it took a chance meeting with US composer Tim Story, who also likes keyboards, for him to get his act together and become the willing workaholic he is today. He has had front-page articles on both the Islington Gazette and the Tottenham & Wood Green Journal while training as a journalist and, more recently, his writing has been published in IDJ, Clash, DJ and Knowledge magazines and on various websites. Ian is determined to turn his passion into his day job as soon as possible before RSI sets in or he loses touch with 'the youth of today'. Other hobbies and interests include playing the didgeridoo, nature, Watford FC, reiki and keyboards. 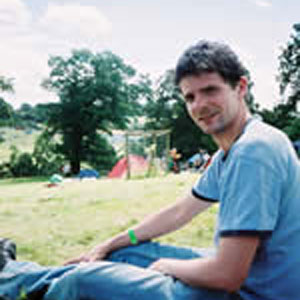