As both a performer and listener, Jack enjoys a wide range of music from the Renaissance to the present day. Growing up, his first love was jazz (further fuelled by attempts to learn to play the piano) through which he also developed an interest in latin music (particularly tango nuevo) and other world music genres. Parental listening habits provided him with a taste for folk music and an eclectic collection of LPs to raid, which in turn led to a growing enthusiasm for orchestral music. Jack went on to study trombone and piano at Trinity College of Music as a scholarship student, graduating with first class honours in 2007, and having been awarded the college conducting prize in 2006. He went on to specialise in conducting at the Royal Welsh College of Music and Drama, becoming the first student of that course to earn a Master of Music degree on graduation in 2009. Since returning to London in 2010, Jack has been much in demand as a performer (on trombone and other low brass) in a variety of ensembles, and as a conductor of orchestras, choirs, wind orchestras and brass bands. Through these pursuits, together with his moonlighting as a chorister, Jack has performed at a wide variety of historic and iconic venues including the Royal Albert Hall, St. David's Hall, St. Martin-in-the-Fields, Henry Wood Hall, St. John's Smith Square, Wales Milennium Centre, Cheltenham Town Hall, Ely Cathedral, and the Theatre des Champs-Elysees. Festival appearances have included the BBC Proms, Cheltenham International Festival, Festival Emilia-Romana (Italy), Festival Ljubljana (Slovenia), Dartington International Festival, Ashover Festival and Festival de Saint-Denis (Paris). Whilst music plays a huge part in Jack's life, he also enjoys quiet, sensible things such as walking, photography, literature, cooking, and cycling. On Twitter Jack can be found at @jds_cockaigne. 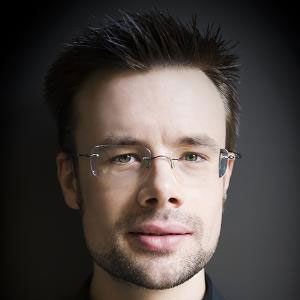