Jenni Cole's earliest pop-related memories involve singing Yellow Submarine in nursery school and bunking off to get Go West's autographs in Birmingham HMV. After cutting her teeth in fanzines such as The Black Hole (music) and Cerebro (comics), she fooled her way into 'proper' publishing and currently made a very nice living as an editor and writer for many years before eventually having to get a proper job. And have children. Her music claims-to-fame include being clearly visible (on freeze frame, if you really squint with your nose against the screen) in the crowd for the Wham! video Everything She Wants and having once held up Noel Gallagher in a queue for a Gene concert while trying to blag her way in pretending to be Martin Rossiter's ex-girlfriend (she's not). She's also somewhere in the crowd of the Sunshine Underground video for Raise the Alarm but is no longer so impressed by these things that's she's bothered to look for where. Past and current musical distractions include The Velvet Underground, Love, The Beatles, Joy Division, Duran Duran, Fields of the Nephilim, anything on 4AD, Suede, Nick Cave, Godspeed! You Black Emperor, The Rachels, Black Box Recorder, The Strokes, The Libertines, The Decemberists, The White Stripes and many, many others. She now lives in Chessington with a Morrissey obsessive, two cats, two children, a hamster and five fish. If anyone remembers mid-80s Glasgow band The Movement 14, she'd appreciate a 'where are they now'. 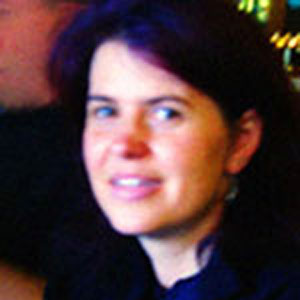