Born in Durham and now having absconded to the South, Nick was exposed to music from a very early age and was often dancing as a toddler using the gramophone as support! He has a broad and eclectic taste in music and film and this enables him to draw in a wide range of references. His favourite musicians are Tori Amos, Björk, Madonna, Sophie B. Hawkins, Moloko, Alicia Keys, Sia, Goldfrapp, Roisin Murphy and John Grant. He is a huge fan of John Carpenter and his films and compositions. An item on his bucket list is to visit famous locations from some of his favourite films and he has already visited the Point Reyes Lighthouse in Marin, California (from The Fog), Ayers Rock from A Cry In The Dark, the house in Georgetown used in The Exorcist as well as the infamous concrete steps and the “Café de Deux Moulins” in Montmartre where they filmed Amélie. 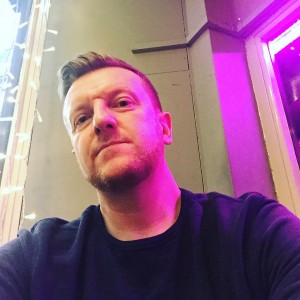