Sam was born at the tail-end of the 80s in the South West of England. With the dramatic Cornish and Devon landscape seeping into his bones, he developed a love of myths, legends, and stories, no matter the medium. This evolved into a passion for music and film, the latter being the subject he studied for three years at Falmouth University. While there, he began covering local gigs for regional media before working his way up to the national music press. In 2011 he ran off to London with a suitcase and £50 to try and get a break as a music writer. He spent many months living on a smelly floor in Brixton. The following decade has seen him write for the likes of Clash, Vinyl Me Please, and Gold Flake Paint. He's been fortunate to interview a few of his black-clad heroes and has covered events in Serbia, Estonia, The Netherlands, and many other fine places. In his spare time, he enjoys Japanese literature and making a racket on his Jazzmaster. 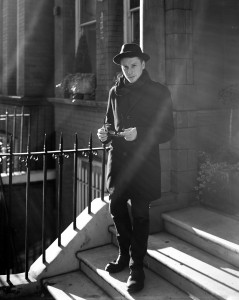