Steven grew up in Newcastle upon Tyne, raised on a wholesome musical diet of The Smiths, R.E.M. and The Stone Roses (radical, huh?). Three years at university in Sheffield saw him make his first tentative foray into the world of music journalism, writing for the student newspaper. It is possible he spent almost as much time inside The Leadmill as he did inside lecture halls. He pretty much decided to move to London one night in 1998 whilst watching Sparklehorse and Neutral Milk Hotel play a (literally life-changing) gig at the sadly defunct Newcastle Riverside, attracted by the bewilderingly heady prospect of being able to do this kind of thing ridiculously often. Which, once relocated in the capital, he promptly did. He might still obsess over bands like Low, Yo La Tengo and Teenage Fanclub but equally loves the thrill of discovering new sounds. 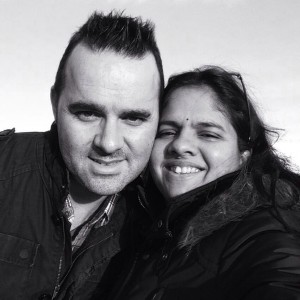 Calexico’s Joey Burns: “This album represents the things I love most, a mix of cultures, languages and musical genres” – Interview (Music Interviews)

UK Festivals 2022 Preview: 10 music extravaganzas not to be missed (Previews)

Midlake’s Eric Pulido: “We had a desire to embrace the gift of each other, and of making music” – Interview (Music Interviews)

Midlake – For The Sake Of Bethel Woods (Album Reviews)

Hurray For The Riff Raff – Life On Earth (Album Reviews)

Aimee Mann: “There’s something in the zeitgeist where people are ready to talk about mental illness” – Interview (Music Interviews)