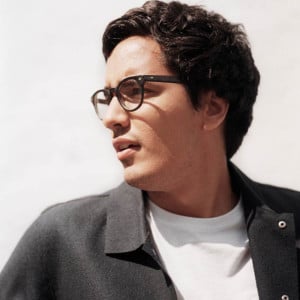 Every six months or so, the Surrey-born singer and songwriter Luke Sital-Singh drops a new EP. And three EPs later, it’s clear that the fresh-faced and disarmingly shy acoustic balladeer has something compelling to say. When he does really let loose – like on Nothing Stays The Same, the opening tune on his recent Tornados EP – he sounds positively joyous and powerfully raucous.

While the 25-year-old made the longlist of the BBC Sound of 2014 list recently and has been signed to Parlophone, it was way back in 2012 when he caught the ear in a Marika Hackman support slot at London’s Servant Jazz Quarters.

While his recent UK headline tour saw him make a slightly more triumphant arrival on much bigger stages, it’s worth revisiting our cautious optimism for Sital-Singh’s music: “He offers promising glimpses of a voice that could grow into something special. Switching between acoustic and electric guitar he channels the soft graveliness of Damien Rice, singing simple songs of love and loss performed with touching sincerity. When he lets go, slithers of a more powerful voice slip out to rival the likes of Bon Iver.”

Today, those letting-go moments are becoming more frequent. While before he was happy to let plaintive ballad be just that, he’s now shifting them out of first gear into stormy, pumped-up anthems. Just listen to how he refuses to let Tornado Town fizzle out, pushing the melody line along into the chorus with help from a female sidekick who sings along to whip it into a proper frenzy.

Let’s hope 2014 offers a chance to hear what he can do across an entire album.