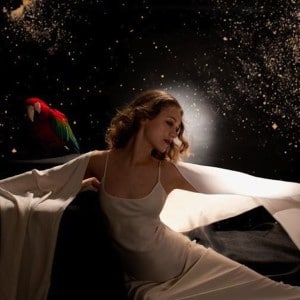 Post rock noise maker RM Hubbert takes over Kings Place on Friday, putting on a bafflingly eclectic bunch of acts. The psychedelic pop tunes of Grumbling Fur play alongside the delicacies of James Blackshaw and the spacey electronics of Ela Orleans… and of course Hubbert himself is on the line-up. One ticket gives you access to all four shows, which are staggered across the centre’s two halls.

After the announcement of Divers, the follow-up to 2010’s Have One On Me, Joanna Newsom (pictured) has confirmed a string of European tour dates, including several in the UK. The album’s due for release on 23 October, and the shows – in Manchester, Brighton and London – kick off the following week. Her stop-off in the capital, at the Hammersmith Apollo, is scheduled for 9 November.