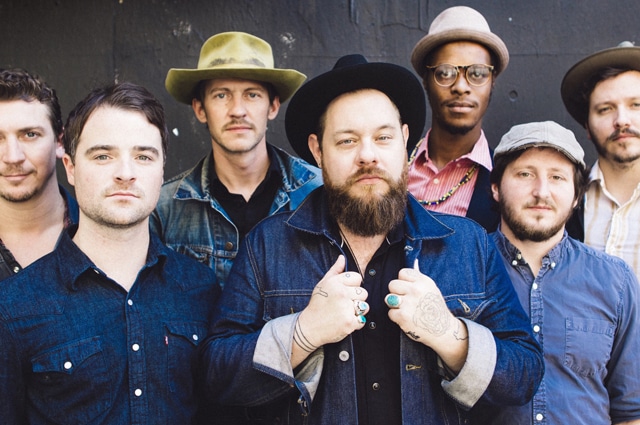 Nathaniel Rateliff and The Nightsweats

Nathaniel Rateliff ‘s on something of a roll at the moment; after years of toiling as a solo artist and sometime band leader, he’s finally found his form with his latest incarnation, which sees him backed by a brilliantly raucous rabble, The Night Sweats. The last couple of months have seen him clock up an appearance on Later…With Jools Holland, play a series of sold out shows and, before this week’s gig at the Village Underground is even upon us, he’s announced a UK tour, taking in Shepherd’s Bush Empire, next February. Expect a whisky-soaked soul/country twist.

Guy Garvey has been announced as the next curator of the Southbank Centre’s annual Meltdown festival. The Elbow frontman follows in the footsteps of David Byrne, who scheduled this year’s outing, and the likes of Yoko Ono, Morrissey, Antony, Jarvis Cocker and Patti Smith, who’ve all headed it in recent years. Expect lots of announcements over the coming months, ahead of the festival itself, which runs from 10-19 June.