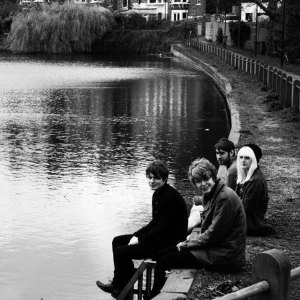 2015 looks set to be a big year for London trio Flowers, whose Bernard Butler-produced debut, Do What You Want To, It’s What You Should Do – released by Fotuna POP! last September – is set to be unleashed with a UK tour next month. Londoners get a sneak preview, however, at the Sebright Arms on Friday. And, just to really spoil you, they’re being supported by Evans The Death, whose second album, Expect Delays, is out on 2 March. Expect lots of fuzz, feedback and distortion from the lo-fi fringes of indiepop.

Primavera, while not *actually* in London, granted, is always a good bet for a stellar line-up in the Barcelona sunshine. But this year’s line-up looks set to be its best yet. Already boasting The Strokes, Ride, Sleater Kinney, The Replacements, Belle and Sebastian, Patti Smith, Spiritualized, tUnE-yArDs, The New Pornographers, The Julie Ruin, The Black Keys and Interpol, Tori Amos has announced she’s set to step in to cover Eels’ slot, after the band pulled out.