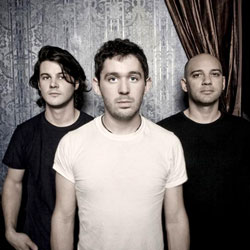 The Antlers bring their gloom pop to the capital this week, with support from the equally melancholic Marika Hackman. We loved their last album, Familiars, calling it “poignant, lush and beautifully played” – and Friday’s show will be an opportunity to see how the New Yorkers’ sound has developed from lo fi, bedroom folk to the fuller sound of their most recent, fourth album.