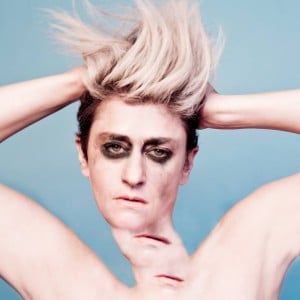 Chvrches are set to release their second album, Clearest Blue, at the end of the week, and they’re launching it with a teeny, intimate gig at Kentish Town’s The Dome on Wednesday. A step on from their debut, it sees their signature sound develop into a bolder, more assured sound that doesn’t just rely on those electro-pop belters. If you miss out on this show, further tour’s planned for later in the year.

Whether she’s putting on an autobiographical electro-rock opera, a one woman interpretation Jesus Christ Superstar or just playing a ‘normal’ shows, Peaches‘ live performances are always a treat, so we’re really excited that she’s just announced a string of dates in the UK, including the Electric Ballroom, on 6 December.