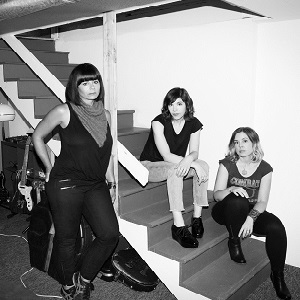 In an almost David Bowie fashion, post riot grrrl legends Sleater Kinney snuck a brand new song – Bury Our Friends – into their LP box set, released last week. Emblazoned with the date ’01/20/15′, it was enough to set the internet into rumour frenzy. All was resolved a few days later, with the announcement of a new album, No Cities To Love – their first in a decade – and a world tour, taking in the Roundhouse on 23 March.

TV On The Radio – Oslo
How To Dress Well – Heaven