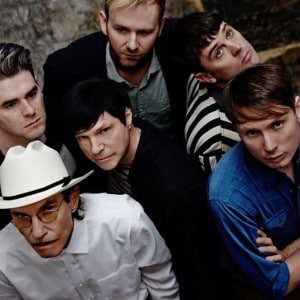 It’s that time of year when traditionally listings start to look a little sparse, as the world’s musical artistes head off to play to huge crowds in fields rather than the sweaty venues of our beloved capital.

But fear not – there’s still plenty going on if you look closely enough. FFS – the brilliant marriage of Sparks and Franz Ferdinand (pictured) – visit the Troxy on Monday, fresh from their Glastonbury show the night before. Expect musical mayhem of the very best kind.

The wonderful John Grant has announced details of his third solo album, Grey Tickles, Black Pressure, set for release on Bella Union in October. Temptingly, his press release reveals: “I wanted to get moodier and angrier on this record…” We’re excited already. He’s set to head off on a European tour in support of it, including a date at Hammersmith Apollo, on 12 November.