by Helen Clarke
published: 1 May 2015 in Blog, London Gigs
Tweet 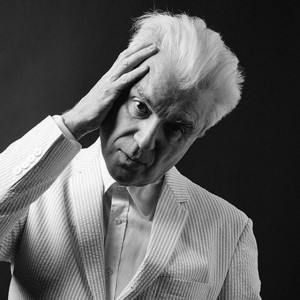 The National‘s Bryce Dessner takes over the Barbican next weekend of “an emerging American generation”. It’s a packed few days, including the world premiere of Wave Movements, a new orchestra by Dessner and Arcade Fire‘s Richard Reed Parry, performed by Barbcian Associate Ensemble Bitten Sinfonia and singer Maddy Prior, accompanied by visuals from Japanese photographer Hiroshi Sugimoto. Elsewhere the likes of Philip Glass and Tim Hecker will be playing. And all of that from 9-10 May.

The first names set to perform at August’s Meltdown festival – which this year will see David Byrne take over the Southbank Centre – have just been announced, and it’s already looking like a corker. Those hand picked by the Talking Heads legend include Anna Calvi, Young Marble Giants, Sunn O))), Matthew Herbert, Benjamin Clementine and Hypnotic Brass Ensemble. As the man himself said: “It’s quite eclectic.” Meltdown takes place from 17-30 August. More here.