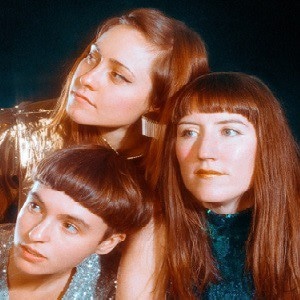 Singling out just one gig is a tough one this week, but for sheer anticipation alone, we’re going for Stealing Sheep at Chats Palace, on Tuesday.

The Liverpool trio’s debut album, Into The Diamond Sun was released in 2012 and was a real gem. Deliciously spooked with lashings of pagan percussion and irresistible harmonies, it was a delight to see performed live. Its follow-up, Not Real, is pitched for release by Heavenly on 13 April, but you can catch a sneak peek here.

Another album we’re chomping at the bit to hear is John Grant’s third – the follow-up to 2013’s brilliant Pale Green Ghosts. He’s currently toiling away at it, and it looks like we could expect something around November – for this is when he’s set to play his biggest London show to date, at the Hammersmith Apollo, on the 12th.