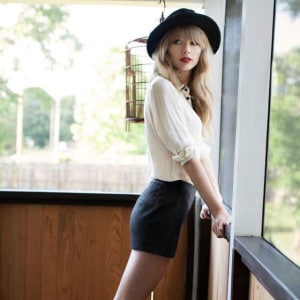 Penguin Cafe take over the Union Chapel for three nights this week. Arthur Jeffes’ reimagining of the band originally established by his father in the 1970s are set to release their second album on 17 Febuary. They’ll be playing tracks from The Red Book, as well as their debut, A Matter of Life, on Friday-Sunday.

We loved Parquet Courts‘ debut, Light Up Gold, calling them “anti stylised and ultra DIY”. See for yourself at the Electric Ballroom on Sunday.

Likewise, we were won over by Phoenix‘s last album, Bankrupt. When it was released in April last year we awarded it four-and-a-half stars, saying it was “full of off-kilter, strange pop songs” and well worth the four year wait. The Parisians continue their mini-residency at the Brixton Academy on Wednesday.

Ben Folds will be joined by the Heritage Orchestra for a date at the Barbican on 6 July. It’ll be the European Premiere of his new piano concerto, except with some of the hits thrown in there too.

After last year’s brilliant Electric Lady, Janelle Monáe is set to return to the live stage with a show at the Brixton Academy on 9 May.