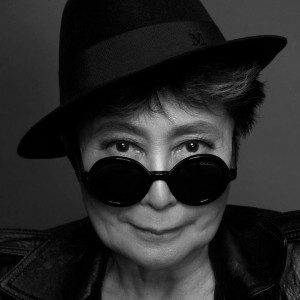 The Southbank Centre’s Yoko Ono-curated Meltdown festival kicks off this weekend, with Siouxsie performing the opening honours. She’ll be followed by the likes of Peaches, Julianna Barwick, Iggy and The Stooges, Thurston Moore, Deerhoof, Patti Smith, Boy George and Ono herself over the next couple of weeks.

Jon Hopkins’ new album Immunity earned a whopping five star review from us, as we declared: “Much has been made recently of Daft Punk‘s injection of ‘warmth’ and ‘emotion’ into dance music. Their disco-aping seems like children’s doodles compared to Hopkins’ masterpiece.” See for yourself at the Village Underground on Wednesday.

Allo Darlin’s ‘compass shows’ kick off this week. The indie-pop four-piece will be testing new material across the four corners of the capital before they lock themselves in the studio for the summer. Their first show will tick off the west, at Ginglik in Shepherd’s Bush.

New Yorkers The Ballet will call into the Lexington on 1 August. The Fortuna POP!-signed trio blend Jens Lekman’s floucey romanticism with the wry, DIY undercurrent of the indie-pop greats, so it’s not a surprise that they’re playing at the Indietracks festival the weekend before.

The Barbican and Create London have announced details of their co-programmed Open East London, which marks a year since the Olympic opening ceremony. The festival, on 27-28 July, at the Queen Elizabeth Park, will feature international food, art and entertainment, including Toots And The Maytals, The Waterboys, Seun Kuti & Egypt 80 with Dead Prez, a supergroup of Malian artists, DJ Don Letts, Wire, Stealing Sheep and Viv Albertine.

Martha Wainwright is heading to our shores for the summer, with shows planned throughout the summer, following her appearance at Glastonbury, including the Union Chapel on 15 August.

Fuck Buttons will head over to the Electric Ballroom on 17 September for the last date of their UK tour in honour of their third (utterly stunning) album Slow Focus, due out next month on ATP Recordings.