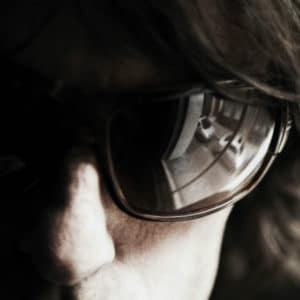 In 1997 Spiritualized played a show at the Royal Albert Hall that was subsequently released as a live album. It captured the band at a defining point in their career, just after they had released their celebrated Ladies And Gentlemen We Are Floating In Space. Fourteen years and one day later, the band will return to play the same venue for what promises to be a career-spanning set, taking in their garage rock, feedback-driven instrumentals and strings/brass embellished, emotion-heavy melancholia. With a new album due for release early next year this should be an excellent show.

More bands/artists that rose to prominence in the 1990s appear in London this week, principally the respective frontmen of Suede and Super Furry Animals. Brett Anderson plays from his latest solo album at KOKO on Wednesday and Gruff Rhys plays at Shepherd’s Bush Empire on the same night. Belgian indie-rockers dEUS also return to London to promote new album Keep You Close at KOKO on Tuesday.

Guitar bands of a more contemporary nature also play various shows across London this week. The Horrors play the Roundhouse on Wednesday, with Cloud Control appearing at the Scala on the same night. Elsewhere, Iron & Wine follow last week’s acoustic show at Hackney Empire with a full band electric set at Shepherd’s Bush Empire on Monday, further showcasing this year’s Kiss Each Other Clean album. Two gigs of a more lo-fi nature take place in the middle of the week with French duo Herman Dune playing Union Chapel on Wednesday and Scottish outsider-folk artist Withered Hand appearing at the Borderline on Thursday.

Happily, being London, there are also several gigs that encompass a wide variety of musical genres to choose from this week. On Saturday the Jazz Café hosts a birthday tribute concert for Afrobeat originator Fela Kuti, led by Dele Sosimi (the musical director of award winning musical Fela), while Grandmaster Flash makes an appearance at Corsica Studios on Friday. On Tuesday Chad Valley plays his elevated synth-pop at XOYO while Planningtorock plays from her latest album W at the Scala.

Thursday sees Ghostpoet perform his low-key, underplayed hip-hop at the Scala, while on the same night Malian singer Fatoumata Diawara plays the Jazz Café in support of her debut album Fatou (she also plays a free show at Rough Trade East earlier in the day). Thursday also features a gig by Jono McCleery who plays his soulfully shaded songs in his debut headline show at the Queen Of Hoxton, with a little help from Jamie Woon. Elsewhere, Emeralds man Mark McGuire plays his personalised electroacoustic soundscapes at the Shacklewell Arms on Friday. Cafe OTO also has (as usual) some interesting shows this week. On Tuesday Alexander Tucker leads an evening of experimental acts playing laudably ambitious music ‘inspired by the five pre-telescopic planets’ while on Friday and Saturday Bill Orcutt and Jessica Rylan headline shows featuring artists that recently appeared at the Tusk Festival in Newcastle-upon-Tyne.

Honest Jon’s announced details of their second ‘chop up’ event this week. Damon Albarn, Flea, Tony Allen, Phil Cohran, Hypnotic Brass Ensemble and Shangaan Electro amongst others will all appear at the Barbican on Saturday 29th October. Should be quite a night.

Elbow, Goldfrapp, Sinead O’Connor, King Creosote and Marina & The Diamonds are the highlights of the Little Noise Sessions that will take place at St John-at-Hackney in November.

The Good, The Bad & The Queen – Coronet – Thursday 10th November