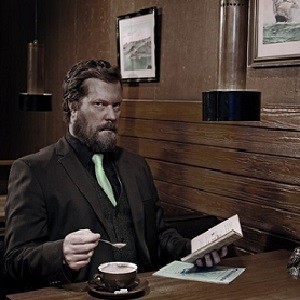 With new albums and new bands to show off, there will be a few tense dressing rooms in the capital this week, with expectations high for our pick of the week’s gigs.

Last week we gave five stars to John Grant‘s new album, Pale Green Ghosts, saying: “This is undoubtedly one of the best albums of the year and after so many thwarted attempts, the world is finally Grant’s for the taking.” The man himself will be showing why we showered such praise upon him at Heaven on Wednesday.

Likewise, we were impressed with My Bloody Valentine‘s latest offer, giving their third album, mbv, – released some 22 years after 1991’s Loveless – four-and-a-half stars. Expect ear-blistering shows at Hammersmith Apollo on Tuesday and Wednesday.

Another man with a lot to prove is Tom Odell. Since we saw him at a show case show last year, Lilly Allen‘s protégé has racked up awards – including the Brits Critic’s Choice award – so the pressure is very much on for his to deliver. See him at Dingwalls on Tuesday and read our Q&A with him here.

Theme Park will play their first London show since their debut album was released earlier this month. The trio’s biggest show to date at Heaven, on Thursday, will see them play the likes of Jamaica and Two Hours. If you like your music a little more raucous, be sure to catch Alarm Bells at the Old Blue Last on Saturday. Forged from the ashes of fight-popsters Dananananaykroyd, expect almost as much noise as My Bloody Valentine.

The best of the rest…

Atoms for Peace – aka Thom Yorke, Nigel Godrich, Joey Waronker, Mauro Refosco and Flea – have announced they’ll be putting in a three night stint at the Roundhouse on 24-26 July.

His debut album has yet to hit the shelves and he’s not even got this week’s Dingwalls show out the way yet, but Tom Odell’s already aiming high, announcing dates in America and Canada, before landing back at Shepherd’s Bush Empire on 22 October.

We loved Austra’s debut, Feel it Break. Two years later, the Toronto band have announced details of its follow up, Olympia – set for release on Domino on 17 June. They’ll be playing a show at Hoxton Bar and Kitchen on the day of its release. Here’s a sneak preview.

Indiepopsters This Many Boyfriends have been busy of late, supporting The Kaiser Chiefs and playing at twee pop extravaganza Popfest. They’re about to release a new single, Tina Weymouth, and have announced a show at Sebright Arms on 14 May.

Daughter’s long awaited first album is just around the corner, due for release by 4AD on 18 March. The London trio will be following it up with a show at Shepherd’s Bush Empire on 29 October.

The 1975 have announced their biggest show to date, at Shepherd’s Bush Empire, on 20 September, to follow their sold-out show at Heaven in May. Check out our Q&A with them here.