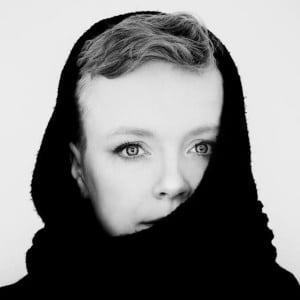 Marking 10 years in the biz, this week sees Norwegian Ane Brun play a retrospective show at the Forum. Expect songs from across her six album career, which has seen her collaborate with the likes of Peter Gabriel, Jose Gonzalez and Ron Sexsmith.

On Monday and Tuesday, Arcade Fire – or The Reflektors – bring their much-talked about new album to the Roundhouse. They’re always a treat live, so we’re expecting big things – and, this time, dressing up.

Sensationally ace singer, songwriter and multi-instrumentalist Rokia Traoré will call in at the Royal Festival Hall on Wednesday, and Vampire Weekend bring their third album, Modern Vampires Of The City, to the 02 on Wednesday. The afro-pop prep-rockers will have Noah And The Whale in tow – and there are still tickets left.

Following his support slot on Laura Marling‘s October tour, former Portico Quartet man Nick Mulvey has broken free to bring his own headline show to XOYO on Monday. And if pennies are tight this week, Rough Trade are spoiling us with two brilliant free instore shows; Cate Le Bon will be Rough Trade East on Monday, and Torres, who impressed when we saw her supporting Daughter last month, will be at the slightly more bijou Rough Trade West, also on Monday.

Patrick Wolf is set to premiere new material during a world tour, which takes in the Union Chapel on 21 December.

Some of folk and rock’s biggest names are set to play homage to Bert Jansch at the Royal Festival Hall on 3 December. The show, to raise funds for the Bert Jansch Foundation, will include versions of his songs by Eric Clapton, Martin Carthy, Bernard Butler, Roy Harper, Robert Plant, Beverly Martyn and many more.

Former Pipettes member Rose Elinor Dougall is back with a new EP on 18 November. She’ll be airing it at East London’s Sebright Arms the following day.

Psych-rockers of Montreal bring recent album Lousy With Sylvianbriar to the Oval Space on 20 February as part of a European tour, taking in five UK cities.