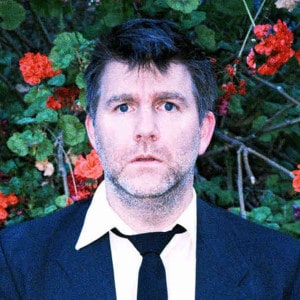 With Christmas just around the corner, things are winding down a bit this week, but there’s still plenty to satisfy your aural desires, beyond the obligatory Slade and The Pogues shows… and of course, JLS‘s farewell concerts.

LCD Soundsystem and DFA Records head honcho James Murphy (pictured) and the Soulwax/2manyDJs brothers Dewaele together are Despacio. Their first London dates with a show debuted earlier this year at the Manchester International Festival are this Thursday and Friday, rather curiously at the Hammersmith Town Hall. Look out for an interview on this very site soon.

Saint Etienne DJ Wednesday night away with a Christmas party of sorts at the Islington Assembly Hall, playing their favourite song from each year between 1952-2000 – the period covered in founding member Bob Stanley’s new book Yeah, Yeah, Yeah – The Story Of Modern Pop.

On Thursday, Scottish label Song, By Toad are hosting their fifth birthday party at the Sebright Arms. Expect sets from the brilliant Meursault, Rob St John, The Leg and Animal Magic Tricks. And on Saturday, Patrick Wolf takes the Winter Solstice as a fine excuse to debut new material, mine his back catalogue for wintry numbers and dust down some choice cold season covers at the Union Chapel.

If all that present buying has left your bank account feeling a bit wounded, head over to Rough Trade East, who have two rather fine singers playing in store for free; Nick Lowe will be there on Monday and Wilko Johnson on Wednesday.

Erased Tapes signed Ukranian composer and piano genius Lubomyr Melnyk will be on our shores for a show early next year, playing at Dalston’s tiny Vortex on 21 February.

Rufus Wainwright is set to release a greatest hits album on 3 March. He’ll be marking the event with three shows, including the Theatre Royal on 6 April.

Asgeir has become an overnight superstar in his homeland of Iceland, with his his debut, Syrd i dauoathogn, breaking all records to become the nation’s fastest and biggest selling debut album by a home grown artist – outselling even Björk and Sigur Rós. Apparently one in 10 of the Icelandic population own the album. He’ll be showing us what all the fuss is about at the Union Chapel on 8 April, and next month an English version of the album – with the lyrics translated by John Grant – will hit the shelves.

It’s set to be a busy 2014 for Johnny Flynn, with appearances in two films; Song One with Anne Hathaway and Sils Maria, with Chloe Grace Moretz, Kristen Stewart and Juliette Binoche – but he won’t be straying too far from his roots, he’s got a tour planned for April. He’ll be joined by The Sussex Wit at Koko on 9 April.

We’re predicting big things for LA’s Banks, so snap up a ticket for her first headline UK tour, which will call into KOKO on 31 March.

To let us know about your London live music events for inclusion in the column, drop a line to [email protected]

The London Gigs Diary will take a break over Christmas and New Year and return on 6 January 2014. Thanks for reading during 2013.