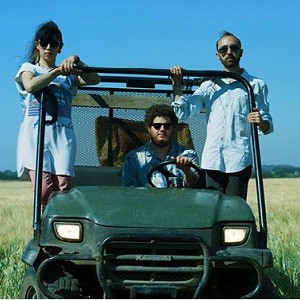 This week sees Yuck return to the live stage ahead of the release of their long-awaited second album, Glow And Behold, on 30 September. They’ll also be introducing new guitarist, Ed Hayes, a former barman at East London’s Macbeth – the venue for their three-night residency, on 17-19 September.

American lo-fi rockers Giant Drag’s farewell tour pulls into the Borderline on Tuesday, where they’ll be playing tracks from their final album, Waking Up Is Hard To Do. On the same night the Electric Ballroom hosts the homecoming of Fuck Buttons, playing tracks from recently released third album Slow Focus.

Devon Sproule has joined forces with Mike O’Neill of Canadian indie band Inbreds for a new album, Colours, released next week. They’ll be unleashing it ith a hefty UK tour, which takes in Hoxton Bar and Kitchen on 10 October.

Wave Pictures have unveiled the brilliant video for their new single, Lisbon, set for release on 21 October via Moshi Moshi. They’ll be heading out on a country-wide tour, which closes with a show at the Jazz Café on 13 November.

After making their mark at the summer festivals – including Glastonbury and Primavera Sound here and at Norway’s Pstereo amongst their appearances – Goat have locked themselves away to record their new album. They’ll be breaking out to play at KOKO on 2 December.