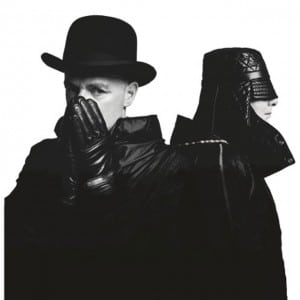 An especially strong week for live music in the capital stars Pet Shop Boys, fresh from appearing at Barcelona’s Sónar Festival, who will preview tracks from Electric, their forthcoming, Stuart-Price-produced album of brilliant bangers, in their O2 Arena set on Tuesday.

These New Puritans will bring their hardly any less brilliant new album, Field Of Reeds, to Heaven on Wednesday.

All this in a week that sees Yoko Ono’s Meltdown festival continue at the Southbank Centre, with Siouxie, Patti Smith, Marianne Faithfull, Deerhoof, Thurston Moore, Boy George and Iggy And The Stooges amongst those performing at her request.

Peaches is set to take to the Meltdown stage again – following her performance of Ono’s Cut Piece, where members of the audience cut pieces from her clothes – this time presenting her one-woman homage to Andrew Lloyd Webber and Tim Rice’s musical, Peaches Christ Superstar. Really. (She told us about what to expect when we spoke to her recently.)

Having sold out his two-night stint at the Village Underground next month, Josh Ritter is set to return to London on 10 November for an acoustic show at the Barbican.

A couple of weeks later Godspeed You! Black Emperor will also be in town, at Brixton Academy, on the 21 November. The post-rock legends broke their 10-year silence at the Forum last November.

Some of folk and acoustic music’s biggest names will come together in October for Bright Phoebus Revisited. The show will bring to life one of folk’s great ‘lost’ albums, recorded by the late Lal and Mike Waterson, of the legenday Waterson family. It was the duo’s only recoding to feature original rather than traditional songs and is considered by many to be one of the finest achievements in British folk. Jarvis Cocker and Richard Hawley will be among those joining Eliza and Martin Carthy and Marry, Norma and Olly Waterson at the Barbican on 11 October.

Laura Viers will tour her ninth album, Warp And Weft – due for release in August – calling at Islington Assembly Hall on 21 November.