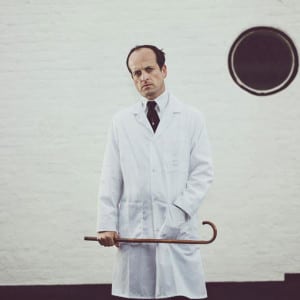 It’s a busy week in London town again. Lots of the bigger venues are opening their doors to some admittedly rather elderly acts over the next seven days; Depeche Mode return to the 02 Arena on Tuesday, Television play the Roundhouse on Monday, Queens Of The Stone Age visit Wembley Arena on Friday, the same night Happy Mondays appear at the Forum. Capping the week, New Model Army are at the Forum on Saturday, and the Pixies play at Hammersmith Apollo on Sunday.

We loved Wadada Leo Smith‘s epic Ten Freedom Summers – so much so, that we awarded it a whopping five stars. So we’re really excited about his Cafe OTO take over this week when, as part of the London Jazz Festival (full preview here), he’ll be performing more than seven hours of music over three nights, from Thursday-Saturday. Also as part of the LJF, musicOMH’s perennial favourite mad professor Matthew Herbert (pictured) comes to Queen Elizabeth Hall on Friday to premiere the live version of his latest album, The End Of Silence. 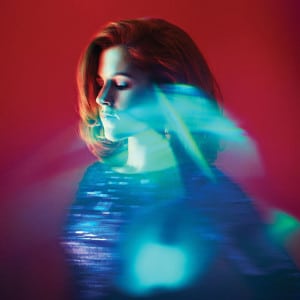 Four of our favourite east London venues – Dalston’s Cafe OTO, the OTO Project Space, the Vortex and Servant Jazz Quarters – host Intersect, “an extended evening of music”, on 7 December. With a programme of more than 20 acts, firmly rooted in Cafe OTO’s mindbending music direction, a £5 pass gets you into all four venues from 4pm. Find out more here.

Katy B (pictured) will play her biggest headlining tour yet, next Spring, with a date at KOKO on 26 March, with a second album to follow up 2009’s stonkingly good On A Mission promised for around the same time.

Arctic Monkeys have announced two huge shows at Finsbury Park, on 23 and 24 May.

Joanna Gruesome are set to embark on a mini tour in February next year, bringing their debut album Weird Sister to the Lexington on the 19th.

Penguin Cafe will take over the Union Chapel for three nights, on 14-16 February, ahead of the release of their new album, The Red Book, on 17 February.

Scanner is set to host a themed evening as part of the BFI’s gothic season, on 13 December. As well as interpretation of John Dowland‘s Lachrimae, Scanner will be joined by Gazelle Twin and Carter Tutti for live cinematic performances specially made films by Chris Turner and Anna and Maria von Hausswolff. Death Waltz Records will be DJing.

Shearwater have released a video for I Luv The Valley OH! – the lead single from their new album, Fellow Travellers. They’ll be playing at XOYO on 30 April.

Manic Street Preachers will be calling in at Brixton Academy on 11 April, as part of a tour to preview tracks from their forthcoming album, Futurology. Bombay Bicycle Club have also announced a show at Brixton Academy, on 13 March.

The Barbican have announced a string of dates for the first half of next year, including the live premiere of The Tyburn Tree, a collaboration between John Harle and Marc Almond on 2 March, while the Sun Ra Arkestra will celebrate Marshall Allen’s 90th birthday on 31 May.