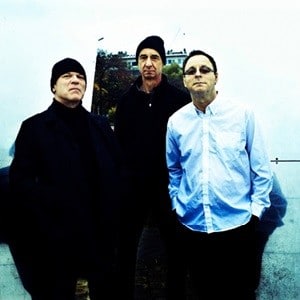 This week the Wire curated festival DRILL:LONDON hits the capital, with a handpicked line-up of acts inspired by the legendary band. It sees the likes of TOY, Comanechi and It Hugs Back taking to venues across the city. One of the highlights will surely be Friday night’s teaming of Gazelle Twin and Scanner at Café OTO – as well as Wire’s headline show at Heaven on Saturday, when they’ll play their new album, Change Becomes Us, in its entirety.

It’s a great week for free shows at Rough Trade East, with Tom Odell, Daughter, Woodkid and even Suede heading to Brick Lane, while down the road Razorlight frontman Johnny Borrell begins a three-week Monday night residency at Dalston’s Servant Jazz Quarters. He’s been writing and recording in southern France and the result, we’re told, is: “bursting with harmonies and sax solos, maverick rhythms and graphic storylines and destined to drag people onto the dancefloor in any bar or club where love and music mingle.”

Yo La Tengo bring their new album, Fade, to the Barbican on Wednesday, while over at the Royal Festival Hall, a host of big names will be raising money for the Teenage Cancer Trust, with Ryan Adams, Primal Scream, Noel Gallagher, Damon Albarn, Paul Weller and Rizzle Kicks all playing throughout the week.

Our pick of the week

Phoenix are set to release their fifth album, Bankrupt!, on 22 April, and they’ll be playing at Shepherd’s Bush Empire that very night.

After a sell-out show at Dingwall’s last month, Caitlin Rose has already announced a tour of larger venues for later in the year, including Shepherd’s Bush Empire on 12 September.

The Summer Series at Somerset House is becoming a staple of the live calendar, and not just because of the beautiful surroundings. This year’s line-up has just been announced, and it’s the most eclectic yet, with acts including Goldfrapp, First Aid Kit, Lianne La Havas, Richard Hawley and Basement Jaxx confirmed.

After a phenomenal year, which saw their album Lonerism top many end of year charts, Tame Impala will be back on our shores for a show at Hammersmith Apollo on 25 June.