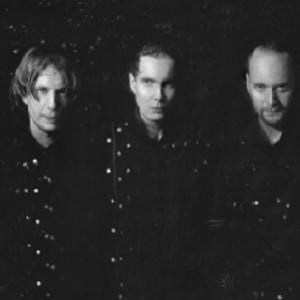 The iTunes festival returns to the Roundhouse this week. Eclectic as ever, the opening week’s highlights – following Lady Gaga‘s opening concert on Sunday – include Sigur Rós on Monday (with support from Poliça) and Queens Of The Stone Age on Friday.

Over in Brick Lane, Rough Trade East are hosting a free great free gigs over the next seven days, with SPLASHH making an appearance on Tuesday, Glasvegas on Wednesday and Summer Camp on Sunday.

Shepherd’s Bush Empire is in for an equally busy work, with Matthew E White showing off his recent album Big Inner on Wednesday and Eels set to play on Saturday.

And on Friday our friends at The Quietus stage a fifth birthday party at Corsica Studios, with Factory Floor headlining a bill that also includes Teeth Of The Sea, Grumbling Fur, East India Youth and Perc.

After a turbulent couple of years, which saw their debut album hit the spot with critics and fans alike – before their singer/guitarist abandoned ship, Yuck are finally back with their second album. Glow And Behold is due for release on 30 September, but before that they’ll be taking over east London’s Macbeth for three nights, from 17-19 September, when they’ll be unveiling their new guitarist – who worked behind the venue’s bar before recruited by the band.

The Jim Jones Revue hit the road again in October, calling in at the Electric Brixton on the 23rd.

Foals have announced extra dates as part of their UK tour early next year. They’ll now be playing at Alexandra Palace on 14th and 15th February.

Nordic club night Ja Ja Ja returns to its monthly residency at the Lexington later this month. Entering its fourth year, it showcased the likes of Ólöf Arnalds, Mikael Paskalev and Phantom and Rangleklods over the last year. Booked for the 26th are post punks Eye Emma Jedi, of Norway, Finland’s Satellite Stories and electronica act Samaris, from Iceland.

After bursting into the public conscious at the start of the year when they were crowned BBC’s Sound Of 2013, Haim’s debut album is just around the corner. Days Are Gone hits shelves on 30 September, and they’ll bring it to the Forum on 9 December.