by Helen Clarke
published: 20 May 2013 in Blog, London Gigs
Tweet 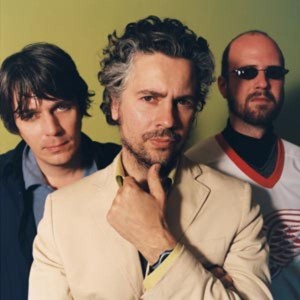 Last weekend marked the start of the festival season, with Brighton’s The Great Escape, but for many Londoners, this weekend’s Field Day heralds the start of summer. With the likes of Animal Collective, Bat For Lashes, Chvrches, Daughter, Django Django, Kurt Vile, Palma Violets, TOY and Wild Nothing all putting in appearances, not to mention a rare appearance from veteran Mulatu Astatke, it’s going to be a packed day in Victoria Park.

Elsewhere, The Flaming Lips and The Postal Service continue runs at the Roundhouse and Brixton Academy respectively, while Lana Del Rey begins a stretch at Hammersmith Apollo and Eric Clapton moves into the Royal Albert Hall until 26 May.

Sky Ferreira’s Everything is Embarassing was an addictive slice of electro pop which whet our appetite for her debut album, due later this year. Before then, she’s set to carry on teasing us with a show at the Scala on 26 June.

Johnny Flynn is set to end a two year live hiatus this summer. He’ll be taking to the road, calling in at the Tabernacle on 18 July.

Fresh from their impressive outing at the 100 Club last week, Texas have announced a show at Hammersmith Apollo on 14 November in support of their new album The Conversation, out this week.