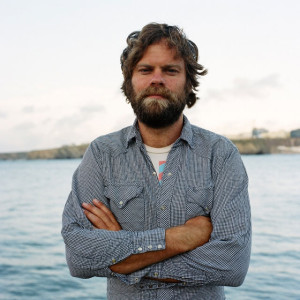 Former Slowdive and Mojave 3 band mates Neil Halstead and Rachel Goswell are set to reunite on stage for the first time in a decade with two very special shows at Cecil Sharp House’s Trefusis Hall, on Wednesday and Thursday. A rummage through his extensive back catalogue is said to be on the cards, and both shows will be recorded for a future live release. With his new band Black Hearted Brother also releasing their debut album Stars Are Our Home, it’s a big week for Halstead.

It’s a big week too for the Bella Union label in London. On Tuesday, Roy Harper appears at the Royal Festival Hall and Lanterns On The Lake can be found across town at Bush Hall, while Midlake play on Wednesday at the Islington Assembly Hall.

Nick Cave & The Bad Seeds’ set was one of our Glastonbury 2013 highlights, and their shows at Hammersmith Apollo on Sunday and the following Monday are almost certainly set to match that.

Travis mark their comeback with their biggest show of the year at the Roundhouse on Thursday, and Tindersticks celebrate their 20th anniversary at the Barbican on Friday.

Cafe OTO are set to host the premiere of legendary trumpeter/composer Wadada Leo Smith‘s Ten Freedom Summers, comprising more than seven hours of music spread over three nights with his Golden Quartet, a string section and a video projectionist on 21-23 November.

The Dodos have released a new video for Substance, recored live with the Magik Magik Orchestra ahead of two shows at the Hoxton Square Bar + Kitchen on 4 and 5 November.

The Barbican have announced full details of their December programme, which includes shows from Billy Bragg on 1 December, a celebration of legendary guitarist Bert Jansch on 3 December, and a Christmas show from Sinead O’Connor on 10 December.