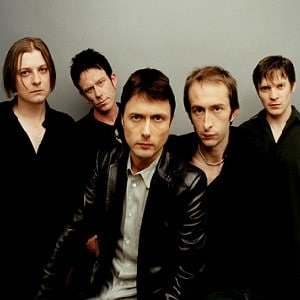 The week kicks off with Beach House, who will be putting in two nights at Shepherd’s Bush Empire. It’s hard to believe that their last album, Bloom, is nearly a year old, but back in May 2012 we were wowed by it, saying: “Beach House are equipped to leave the nods to shoegaze behind and embrace a far more holistic aesthetic –pop music. And this is pop. Lavish, seductive, beguiling.”

BBC Sound of 2013 winners, Californian sisters Haim, will attempt to prove they’re worth the hype at Heaven on Wednesday, while across town Suede return to the big stage on Saturday, with a show at Alexandra Palace. They’ll undoubtedly be airing recent album Bloodsports, along with the Britpop classics that keep us coming back for more.

Derbyshire trio Haiku Salut release their debut album on Monday. A clattering orchestral sound the band themselves describe as “Baroque-Pop-Folktronic-Neo-Classical-Something-Or-Other” – they make a sound that really has to be heard. Hear it at the Buffalo Bar on Thursday.

The similarly chaotic Tom Jenkinson – aka Squarepusher – brings his phenomenal audio/visual show, Ufabulum, to the Roundhouse on Saturday. Expect strobes a plenty!

Ghostpoet has announced a new single, Meltdown, set for release on 6 May. It’ll be followed by a show at Village Underground on 30 May.

Portico Quartet will be taking Micachu and Anchorsong along for the ride when they play at Koko on 17 April. To get you in the mood, they’ve released a live video of Laker Boo, from their Live/Remix album, out on Monday.

Little Boots will be taking time out of an American tour and European festival dates to play at Bethnal Green Working Men’s Club on 15 May.

After a three year absence from London, Modest Mouse will return to the capital on 11 July, for a show at Koko.

After the success of their low-key show at Electric Ballroom, Stereophonics have announced a tour that will take in the 02 Arena on 28 November.

Milo Greene will bring their summery pop to the Scala on 15 May, after supporting Cold War Kids at the Forum on 9 May.