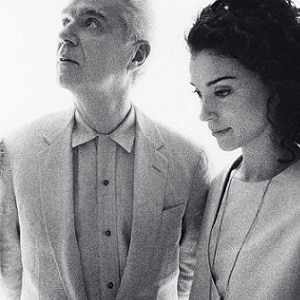 The mind-bending Sun Ra Arkestra are back at Café OTO on Monday. We caught them at the Barbican last year and we were seriously impressed, saying of the jazz legends: “…by throwing themselves into the counterculture scene of the 1960s they managed to stride the rock/jazz divide, winning fans in both camps and influencing more than one generation who came after them.”

It’s a case of better late than never, when David Byrne & St Vincent finally bring the stunning Love This Giant to the Roundhouse on Tuesday. The album was one of favourites of 2012.

After touring with Ryan Adams last year, Americana confessionalist Jason Isbell returns to our shores for a show at the beautiful St Pancras Old Church on Wednesday. His new album, Southeastern, is due for release on 7 October.

Fresh from a show at Dalston’s Servant Jazz Quarters, Canadian Basia Bulat has announced that she’ll be back in October for a short tour, including The Islington on 23rd. Watch the new video for It Can’t Be You, taken from her forthcoming album, Tall Tall Shadow, here.

Wire are set to play at the teeny tiny Bafly in Camden on 12 September as part of the XFM X-Posure series.

Johnny Flynn‘s set to mark the release of his third album, Country Mile (out on 30 September) with a free show at Rough Trade East on 2 October. Listen to the first single, The Lady Is Risen, here.

Fortuna Pop! signings Joanna Gruesome launch their debut album with a gig at the Shacklewell Arms on 16 September. The Cardiff noisepop five-piece are streaming their first single, Sugarcrush, here.