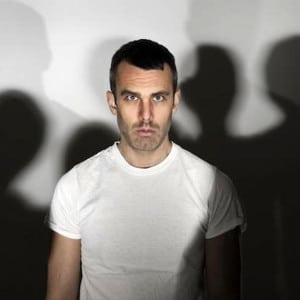 The Hidden Cameras are renowned for their exciting live shows, and their return to West London’s Bush Hall should find them in a perfect, intimate setting on Wednesday, where they’ll be debuting their sixth full lengther, Age. Have a peek at the new video for album closer Year Of The Spawn here, and Gay Goth Scene – also on the new album – here.

US folkie balladeer Nathaniel Rateliff brings his band over to our shores for the first time this week, with a show at Dingwalls on Tuesday. The show coincides with the release of his second album, Falling Faster Than You Can Run, which hit the shelves last week.

Another North Armerican due to play a highly anticipated show is country singer Lindi Ortega, whose show on Thursday has been upgraded from the Borderline to the Garage. Far from a straight-up country artist, Ortega has been dubbed a “countrified Amy Winehouse”, and her recent record Tin Star proved that country can be very, very cool indeed.

Eight-piece Chicago-based brass collective Hypnotic Brass Ensemble blend everything from hip-hop to jazz, funk and rock, so expect the unexpected when they play at Under The Bridge on Friday.

Sub Pop signing Lyla Foy‘s debut album is due out in March, and the Londoner will be playing at the Southbank Centre’s Purcell Room just a couple of days later, on 19 March.

The Barbican will be paying tribute to Nonesuch Records over the weekend of 17-18 May. Marking the 50th anniversary of the legendary label, Explorations: The Sound of Nonesuch Records, will feature five shows, including Jonny Greenwood and soprano Jessica Rivera performing with the BBC Concert Orchestra; Kronos Quartet, NOW Ensemble and Crash Ensemble, as well as the European premieres of Timo Andres’s Paraphrase performed by Britten Sinfonia and pianist Brad Mehldau’s Variations on a Melancholy Theme.

Shonen Knife formed an incredible 33 years ago, and the all girl Japanese punk popsters release their 20th album in April, but they’re not planning on taking it easy just yet. They’re planning a 15-date UK tour to coincide with the landmark record, including a night at Dingwalls, on 18 May.

Cults head to Europe in a couple of months. Their only confirmed UK date is at Electrowerkz on 17 March.

Blood Red Shoes return to the road after a year-and-a-half’s absence, with a show at the Electric Ballroom on 30 April.

Legendary piano genius Matthew Shipp returns to Cafe OTO for three nights in February (19-21), continuing and expanding collaborations formed in his first residency back in 2010, and culminating in an evening of extended solo performance.

Even more acts have been announced for Victoria Park’s Field Day, which this year spreads over two days, on 7 and 8 June. Joining the Saturday line-up are All We Are, Blood Orange, Ghostpoet, Jagwar Ma, Simian Mobile Disco, East India Youth, Teleman and SBTRKT among others. Sunday’s additions include The Horrors, whose long awaited new album will surely be upon us by then, along with much-fancied Temples and POND.