by Helen Clarke
published: 27 May 2013 in Blog, London Gigs
Tweet 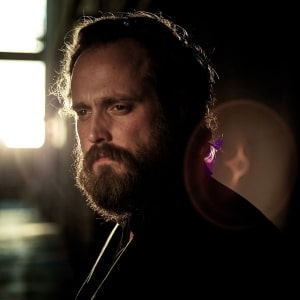 With Field Day over and done with for another year, it’s on to a smaller one-dayer this week, as Bushstock returns to take over four much-loved venues in Shepherd’s Bush. This year’s line-up includes Theme Park, Dutch Uncles, Willy Mason, Serafina Steer, Marika Hackman, Duologue and Bear’s Den. The venues taking part are all within a swift jog of each other; St Stephen’s Church, Defectors Weld, Ginglik and the beautiful Bush Hall.

The Flaming Lips’ rescheduled show (last Monday’s gig was cancelled due to “ill health”) takes place this Monday at the Roundhouse, while down Camden High Street, man of the moment Tom Odell plays at the Electric Ballroom on Tuesday. He’s yet to release his debut album (it’s due out in June). The Critics Choice BRITs award winner is signed to Lily Allen’s label, In The Name Of.

Sam Beam – aka Iron and Wine – brings his fifth album, Ghost On Ghost, to the Barbican on Friday, while the equally intriguing iamamiwhoami calls in to Electric Brixton the night before.

If you’re after something a bit more raucous, you’re spoilt for choice on Thursday, with Fierce Panda signings Dingus Khan ripping up the Buffalo Bar and a brilliant line-up of Fucked Up and Titus Andronicus tearing into the Electric Ballroom.

Former Razorlight frontman Johnny Borrell is set to release a solo album at the end of the year, and he’ll be playing a club tour to test run songs from it, including a night at the 100 Club on 18 June.

Members of the judging panel for this year’s AIM Independent Music Awards will curate a series of gigs this summer. The first to be announced is writer and broadcaster Pete Paphides’ line-up of Scritti Politti, Butcher Boy and Trapped Mice at 229 on 4 July. Xfm’s head of music Mike Walsh has called upon Little Comets and Dexters to play at the Borderline on 14 June.

Following a week-long residency at the Sebright Arms, The Jim Jones Revue have announced an October tour, which includes a show on 23 October at Brixton Electric.

Bon Iver saxophonist Colin Stetson’s show at Café OTO sold out in just two hours when tickets went on sale last week. Luckily a second show was announced pretty sharpish, so he’ll be in Dalston on 27-28 October. Michigan-born Stetson is a prolific solo artist, also known for his work with the likes of Tom Waits, Arcade Fire, TV on the Radio, LCD Soundsystem and Feist.