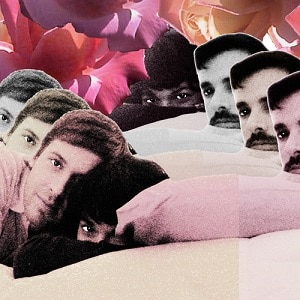 We’re smack in the middle of festival season, so the capital’s gig venues are looking a bit on the quiet side this week, but fear not – we’ve still managed to find some gems for your aural delight.

If you want more band for your buck but don’t want to watch them in a field, head to the Shacklewell Arms on Sunday for Shake The Shack; an all dayer hosted by indiepop label Fortuna POP! The line-up, which kicks off at 2pm, includes Comet Gain, Let’s Wrestle, Scott And Charlene’s Wedding, Evans The Death, Flowers and The Spook School.

Prolific folk singer Kathryn Williams plays at the beautiful St Pancras Old Church on Thursday and on the same night, fresh from appearing at Indietracks festival, New Yorkers The Ballet (pictured) bring what we called “big, confident pop songs that fizz with melody” to the Lexington. Also playing on Thursday in a much anticipated show at the Scala are the original Sugababes, reunited and with new material under the title Mutya Keisha Siobhan.

Meanwhile, Luke Haines limbers up for the launch of his ‘children’s album’ Rock And Roll Animals with a spot at the Borderline.

Fresh from their headline appearance at Latitude, Bloc Party are set to play at the rather smaller Amersham Arms in New Cross on 28 September, while their festival mates Villagers have announced a short tour, which will take in Heaven on 7 November.

Ghostpoet will call in at Hackney Empire on 24 October, and Swedes Postiljonen will play their debut UK show at Birthdays on 10 September.