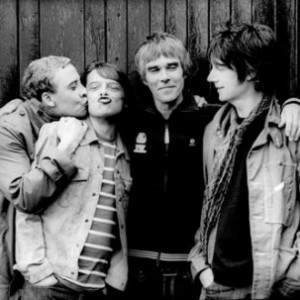 The summer’s outdoor gigs are now well underway, and this weekend it’s the turn of The Stone Roses, who will be hoping to repeat the success of last year’s Heaton Park shows, this time at Finsbury Park. On Friday they’re supported by Rudimental, Courteeners and Dizzee Rascal, while on Saturday they’ll be joined by Miles Kane, Johnny Marr and Public Image Ltd.

If you like Icelandic artists called Arnalds who play in churches called St Johns, check your gig tickets carefully; this week sees neo-classical composer Ólafur Arnalds play at St Johns at Hackney on Monday, while the following night his cousin Ólöf Arnalds airs her brand of hushed folk-pop at St John on Bethnal Green.

The brilliant Daylight Sessions continue at the Union Chapel on Saturday. This week’s free gig features Ballboy’s Gordon McIntyre, with A Little Orchestra and Model Village among the support acts. Doors open at 12pm.

After a busy six months, which has included Brit Award and Ivor Novello nominations, Bat for Lashes will bring her third album The Haunted Man, to Shepherd’s Bush Empire on 13 August.

Following a series of smaller gigs including the Sebright Arms and the 100 Club, Kate Nash has announced a bigger tour that will take in Shepherd’s Bush Empire on 12 October.

Sam Smith and Naughty Boy’s La La La is the fastest selling single of the year so far, so 21-year-old Smith is striking while the iron’s hot and has confirmed a date at Islington Assembly Hall on 26 September.