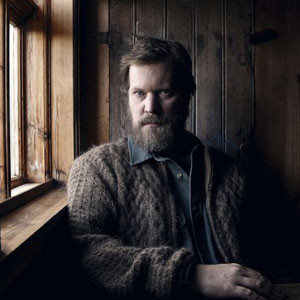 The man who made our album of 2013 returns to the capital on Sunday. His largest London show to date, the phenomenal success of Pale Green Ghosts has earned John Grant a headline slot at the Roundhouse. And it’s a big weekend all round for the Camden venue; James Murphy and 2manyDJs are back as Despacio on Friday and Saturday, with their henge of 11-feet-tall speakers, eclectic vinyl collection and mirrorballs.

We loved George Ezra when we caught him supporting Jesca Hoop at the Borderline back in October 2012. Since then he’s been gigging relentlessly, and the hard work’s paying off; he’s been nominated for all sorts of newcomer awards – and he made our ’14 for 14′ list. Catch his spine tingling baritone at Dingwalls on Tuesday.

We’re fans of Breton, who will be at the Village Underground on Wednesday. Their most recent album, War Room Stories, packs a thousand sounds into one; we name-checked everyone from Jamie T, Crystal Castles and Nine Inch Nails to Editors and James Blake.

After revealing details of their 11th studio album (The Cautionary Tales of Mark Oliver Everett, due for release on 21 April, Eels have announced a handful of UK dates, including the Royal Albert Hall on 30 June.