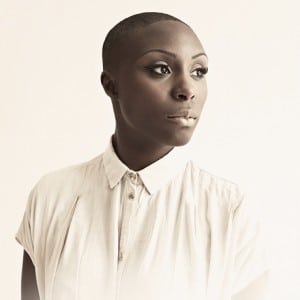 This week is again all about the girls, with some of our favourite solo ladies playing out in the capital.

Birmingham soul singer Laura Mvula kicks off the week. She’s had a great start to the year; shortlisted for the BBC’s Sound of 2013 award and the Brits Critics’ Choice award, her debut album Sing To The Moon is released this week. She’ll prove whether she’s worth the hype at the Tabernacle on Monday.

Two other acts with new albums to show off are Kate Nash and Caitlin Rose. Having been dropped from her record label, Nash is back with fire in her belly, releasing her third album, the riot grrrl influenced Girl Talk, on her own label. Meanwhile Nashville-born Rose wowed us with the shift in tone and attitude of her second album, The Stand-In. Both play free gigs at Rough Trade East this week.

Our favourite new folky lady Marika Hackman will be playing at the Sebright Arms on Wednesday, while up the road Derbyshire trio Haiku Salut will be bringing their accordions, glockenspiels and electronic blips to the Union Chapel for a free show at midday on Saturday as part of the Daylight Music sessions. Their debut album isn’t out until 25 March, but you can download Los Elefantes for free here.

On Monday Stereophonics celebrate the release of their eighth studio album, Graffiti On The Train, with an intimate show at Electric Brixton, while Denmark’s fabulously hairy The White Album call into the Slaughtered Lamb on Tuesday.

And finally, former Dr Feelgood guitarist Wilko Johnson’s farewell tour calls into London this week, with shows at Koko. Expect an emotional show as the 65-year-old, who’s been diagnosed with terminal cancer, bids farewell to the fans who’ve supported over the years.

And the best of the rest…

The Sea and Cake @ Scala

Expect chaos at the Barfly on Thursday when Kurt Vile plays an intimate show ahead of the release of his new album, Walkin On A Pretty Daze, on 8 April. The show’s just been announced but if you miss that he’ll be back with the Violators at Field Day.

The 1975 have announced their biggest headline show to date, at Heaven, on 29 May. They’re currently holed up in a studio working on their debut album, but you can listen to their intensely catchy – and rather aptly named – EP Music For Cars here.

Coves will launch their new single, Last Desire, with a show at Birthdays in Dalston on 13 March, while BBC Sound of 2013 winners Haim will be back on our shores, with a show at Heaven on the 24 April.