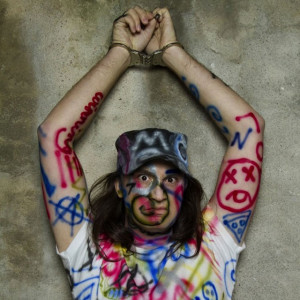 It’s a quiet start to 2014, with the venues of London allowing our livers, stomachs and wallets a bit of recovery  time.

So it’s quality over quantity this week, with the Lexington leading the way with indiepop label Fortuna POP!’s  annual Winter Sprinter festival. From Tuesday-Friday, the cream of the label’s roster will take to the stage. Highlights include Let’s Wrestle and Evans The Death on Tuesday, new signings Joanna Gruesome, September Girls and Flowers on Thursday and the brilliant Withered Hand and The Spook School – who released one of our top 100 albums of last year – on Friday.

If you prefer your music a little more pulverising, the astonishing wall of noise that is Pete Swanson (pictured) takes to the Tufnell Park Dome to do to it what he did last year in support of Tim Hecker at St John at Hackney: shake the walls to within an inch of collapse. The following night, Teeth Of The Sea take over one of the capital’s best sound systems at Corsica Studios, with support from Bass Clef.

Elsewhere, TOY – surely the hardest working band on the live circuit just now – are playing an instore at Kingston’s Banquet Records on Tuesday, while The 1975 play three nights at Brixton Academy, and the anarchic Dingus Khan are at the Buffalo Bar on Saturday.