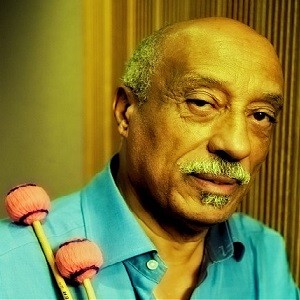 Ethio-jazz legend Mulatu Astatke is set to play two shows at East London’s Village Underground on Tuesday and Wednesday this week, marking the release of his latest album, Sketches Of Ethiopia.

Haiku Salut bring their lamp show to St Johns Church in Bethnal Green on Saturday. A series of vintage lamps which twinkle and flash in time to their brilliant, instrumental debut album, this special show wowed us at Indietracks festival over the summer – and the setting this time around is sure to set the scene for a stunning show.

Johnny Flynn returns with his new record, with a show at the Hackney Empire on Thursday. Support comes from folkish wunderkind Marika Hackman, so be sure to get there early.

Neutral Milk Hotel have announced two UK shows for next spring, including one at the Roundhouse on 21 May.

Post-rock icons Slint will play their first UK shows for six years later this year, with a show at the Forum on 3 December.

ATP are set to take over Netil House in Hackney next month, with a series of gigs rom the likes of Shellac, Beak>, Autre Ne Veut and Comets On Fire from 18 November.

In the week that they released their second album, Yuck announced their biggest live date so far; they’ll be playing at Shepherd’s Bush Empire on 19 February. Likewise, Haim, who last week finally released their debut album, have added UK dates to their touring schedule. After playing their sold out Forum shows on 9-10 December, they’ll be back to play at Brixton Academy on 6 March.