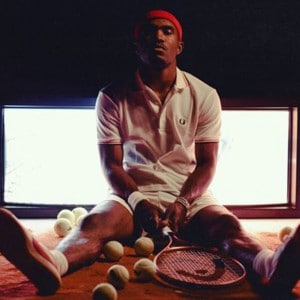 This week sees the Summer Series at Somerset House kick off. A civilised affair with a beautiful bar overlooking the Thames and, of course, a stunning setting, this year’s line-up is its most interesting yet.
Brit-nominated Alex Clare kicks things off on Thursday, and this week also sees Band Of Horses, Lianne La Havas and Richard Hawley take to the stage. The following week sees Tom Odell, First Aid Kit, Goldfrapp, Basement Jaxx, Edward Sharpe and The Magnetic Zeros, Of Monsters And Men and Jessie Ware headlining.

Elsewhere, Rickie Lee Jones is set to pitch up at the Barbican on Thursday. Expect tracks from her new album, The Devil You Know, which saw her turn her attention to reworking rock classics including The Rolling Stones’ Sympathy For The Devil and Neil Young’s Only Love Can Break Your Heart.

After a huge 2012, which saw him top in our top 100 albums poll, Frank Ocean is set to play some of his biggest shows to date this week at Brixton Academy on Tuesday and Wednesday.

Following a handful of dates back in April, Steve Mason has announced details of an extensive UK tour this autumn. It includes a show at the Electric Ballroom on 31 October.

Fresh from headlining at Glastonbury, the Arctic Monkeys have announced a second show at Earls Court, on 26 October.

Folk trio Bear’s Den will bring their woozy alt-country sound to the Village Underground on 6 November.

Marques Toliver will play at the beautiful Bush Hall on 1 October, as part of a three date tour.

Allo Darlin’ are about to bury themselves away in the studio to record album number three, and have upped the pressure on themselves by booking their biggest London show to date to air it – at Islington Assembly Hall on 31 October.