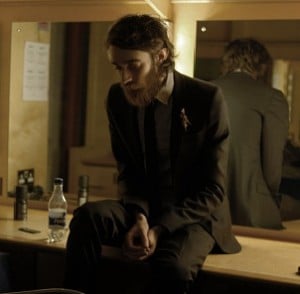 This week sees the iTunes festival continue, with Chic featuring Nile Rogers supported by Janelle Monáe heading up a star-studded seven days that also sees Elton John, Arctic Monkeys, Kings Of Leon, Avicii,Vampire Weekend and Jake Bugg taking to the stage at the Roundhouse. If you fancy something a little more subtle, the brilliant Keaton Henson is playing at the Emmanuel Centre in Westminster on Thursday. We fell in love the last time we saw him around the time of the release of his second album, Birthdays, in Sigmund Freud’s living room (this is not a joke).

Double AIM award winners Macklemore and Ryan Lewis are at Brixton Academy on Monday, while Babyshambles stumble into town to play at the same venue on Saturday.

London troubadour Luke Sital Singh has toured with likes of Martha Wainwright, Kodaline, Villagers and The Staves. Now he’s taking to the road on his own, with a tour that will call in at the Tabernacle on 5 November.

Following a sold out show at the Village Underground earlier this year, Neko Case returns to the capital for a show at the Forum on 12 December. Check out the lyric video for her new single, Night Still Comes, here.