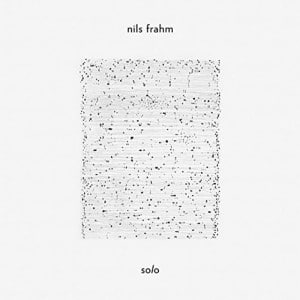 In a world where everything from chocolate covered raisins to barber shop quartets and wearing your pyjamas to work have their own awareness ‘days’, it seems entirely reasonable that the piano should also have one.

This was the idea that German musician Nils Frahm had towards the end of 2014. Frahm has built up a reputation as one of the most naturally talented and innovative players of the instrument to emerge in recent years, so the association made sense on many levels.

His enthusiasm for and immersion in the instrument would have been sufficient reason alone for the idea to gain momentum, but behind the plan were two additional driving factors. Firstly, Frahm had recorded a solo piano album (simply named Solo) towards the end of 2014 and wanted to release it in a different way to normal, in a fashion befitting of the special nature of the music it contained. Secondly, he wanted to raise awareness of a bigger project being worked on by piano builder David Klavins, namely to build the Klavins 450 – “the largest and most wonderful piano the world has ever seen”. Standing 4.5 metres tall and weighing over 800kg there’s no doubting the scale, ambition and uniqueness of the project. The aim is to raise €120,000 to help make it a reality.

So, on the 88th day of each year (the piano having 88 keys) all things piano will be celebrated across the world – in 2015 it fell on 29th March. Frahm is hopeful that on Piano Day in 2017 the Klavins 450 will be unveiled at a special festival in Berlin (building the instrument is estimated to take two years).

Frahm’s album Solo was recorded on a smaller prototype of the instrument, the Klavins M370 (although at 3.7 metres tall it was still significant in stature – Frahm describes it as “tremendous and gigantic sounding”). The initial stages of the album sees Frahm return to the sound of his early career, possessing a simplicity, clarity and purity found on the likes of his Wintermusik EP and first album for Erased Tapes, The Bells. Later albums saw Frahm adopt a more creative approach to his music – exploring the inner workings of the piano on 2011’s Felt, responding to the physcial restrictions of a broken thumb on 2012’s Screws and capturing the power of his fantastic live shows on 2013’s Spaces.

As Ode opens Solo however it’s clear that he is going back to basics and reverting to arguably his biggest strength – being able to tap into deep emotional groundswells of sound. Later, on Merry and Chant his music recalls the soft tenderness of Erik Satie. Wall meanwhile strikes a heavier, more percussive sound and the arpeggios of Four Hands hints at the impressive spectacle of his live shows. Even by his standards it’s a beautiful album. Solo is available to buy on physical formats or download for free here.

Elsewhere in London Ed Harcourt came up with his own idea to support Piano Day – to allow people to watch him write and record a piece of music in his London studio, online and in real time. The result was a beautiful 17 minute track called Restoration (named after the BBC documentary on the restoration of the only grand piano left in Gaza). The track can be streamed/downloaded here.

Over on the other side of the Atlantic Rough Trade NYC hosted performances by Bruce Brubaker, Tom Rogerson and Jason Lindner and Touch Vinyl record shop in Los Angeles also got involved in the action with their own day of events. Fellow Erased Tapes signed musician Ólafur Arnalds meanwhile released a re-edited version of a track called Tree in support of the day (featuring Frahm on celeste).

Piano Day 2016 promises to be even bigger and better, and is a project deserving of full support.

Download Nils Frahm’s Solo for free and find out more about Piano Day at pianoday.org