A Magical Classical Christmas in London 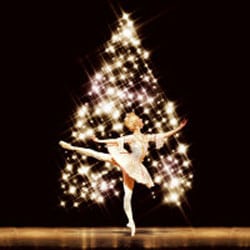 In 2007, we Londoners have enjoyed many sweet classical treats, including Laurent Pelly’s La Fille du Rgiment, John Tomlinson’s Wotan and the Venezuelan Youth Orchestra’s performance at the BBC Proms.

Over Christmas, there will be further and yet more intriguing sights: a pirouetting Snow Queen, a grimly snarling, duck-gobbling wolf, a coloratura-spewing Cinderella, a pair of large, squashy pink lips.

The English National Opera has not recently enjoyed the best of fortunes, with the company’s successful outings of On the Town, Death in Venice and The Magic Flute forgotten, eclipsed by controversy surrounding their critically-panned productions of Aida, Carmen, Kismet and The Coronation of Poppea. Nails are tapping ominously on coffins. Alongside their obligatory Nutcracker, the English National Ballet programme a new work this Christmas, The Snow Queen, based on Hans Christian Anderson’s icy tale. Set to an unfamiliar score by Prokofiev, it looks to be a wintry wonder when performed in the enchanting setting of the London Coliseum.

Of course, the Royal Opera have their Nutcracker on also (one of the most magical and heart-warming productions in the company’s repertoire, and definitely worth catching) but it is Covent Garden’s opera schedule that whets my appetite. La Cenerentola stars glamorous Magdalena Kozen, charismatic Toby Spence and reliable Lorenzo Regazzo, and Rossini’s characterful score finds its match in the Royal Opera’s popular production, set in the snazzy, jazzy 1950s. If the recent Ring cycle wasn’t enough for the Wagner lovers of London, Parsifal is on also, with Bernard Haitink conducting and John Tomlinson in the role of Gurnemanz. Essential.

Elsewhere, Britten’s Owen Wingrave may not be an obvious choice for festive frivolity. Nevertheless, the Cadogan Hall’s concert performance is absolutely unmissable, given that so experienced a maestro as Richard Hickox conducts and that the cast includes Alan Opie, Peter Colman-Wright and Elizabeth Connell. The venue also hosts Suzie Templeton’s puppet animation of Peter and the Wolf, an interpretation of Prokofiev’s extraordinary score that I much enjoyed at its Royal Albert Hall premiere. This is something to take the kids to, though one moment of abrupt violence in the animation may rightly deter some.

Will Kenneth Branagh’s CGI bonanza The Magic Flute be a triumph of style over substance?

The Barbican Centre hosts a film also, specifically Kenneth Branagh’s cinematic translation of The Magic Flute, complete with World War One trench setting, flying Queen of the Night and monumental lipsticked lips in Papageno’s hallucinations. Whether or not this CGI bonanza proves a triumph of style over substance remains to be seen. Across the building, in the Barbican Hall, the schedule is highly attractive. Two concert performances of Billy Budd are conducted by Daniel Harding and feature a more than adequate cast, headed by Ian Bostridge as Captain Vere. The work may not be festive, but its 1951 premiere took place in the month of December, which is perhaps small consolation!

Glorious, revitalised soprano Natalie Dessay turns up to sing Handel and Bach, with the Le Concert d’Astree. I recently reviewed the memorable CD release of this programme and my hopes are high for the live version. Flamboyant mezzo Cecilia Bartoli sings a varied programme culminating with the virtuosic finale from La Sonnambula while Colin Davis conducts the Enigma Variations and Tippett’s magnificent oratorio A Child of Our Time, a work punctuated by the sound of glorious Negro spirituals.

Over on the South Bank (a gorgeous area around Christmas), the Royal Festival Hall is not to be outdone. A highlight is The Sixteen singing an intoxicating selection of seasonal vocal works by Britten, Poulenc and others in the pleasantly intimate setting of the Queen Elizabeth Hall. In the mazy complex that is the Festival Hall, Simon Rattle arrives to conduct Schumann’s epic oratorio Das Paradies und die Peri, Gennadi Rozhdestvensky conducts Mahler’s Third Symphony and Marin Alsop leads the London Philharmonic Orchestra through The Rite of Spring. And let us not forget the smaller concert venues: the Wigmore Hall, in which Anne Schwanewilms and Thomas Hampson give vocal recitals; St John’s Smith Square, in which Royal Opera House Young Artist Jacques Imbrailo sings Bach’s Christmas Oratorio and Andrew Kennedy and Iestyn Davies sing Messiah. Hallelujah indeed.