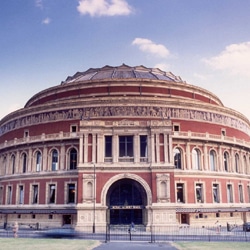 The BBC Proms has announced its 2008 season, the first for the new Director Roger Wright.

There are no big surprises in the line-up, no through themes and no Michael Ball equivalents but a number of novelties including the Proms’ first free concert and a Doctor Who event (replacing the former Blue Peter family concerts).

The anniversaries of Messiaen, Vaughan Williams, Stockhausen and Elliot Carter are all marked.

Karlheinz Stockhausen would have been 80 this year, so “Stockhausen Day” on 2 August will celebrate that as well as acknowledging his recent passing. Works will include Gruppen and Kontakte, with the world premiere of the BBC commission Harmonien for solo trumpet and a late night of Stimmung. Punkte will get an outing on the composer’s birthday on 22 August.

Messiaen is very well-represented by 19 works including the massive opera St Francis of Assisi (7 Sept) and plenty of use of the Royal Albert Hall’s organ. The 50th Anniversary of Vaughan Williams’ death was bound to be to the fore and he will be heard in no fewer than 11 concerts. Elliott Carter, 100 years young on 11 December, will have UK premieres of two pieces, out of a total of four works.

“Folk Day” (20 July) is the setting for the Proms’ first ever free event, although it is the effect that folk music had on works by Grainger, Vaughan Williams, Berio and Bartok that will make up the London Sinfonietta’s programme. The furthest that this year’s programming strays from the classical repertoire is Duke Ellington’s Harlem (8 Aug).

There are big names aplenty Murray Perahia and Nigel Kennedy both returning to the Proms after a couple of decades, Rattle, Haitink, Barenboim. It’s good to see a fair bit of new music, 11 BBC commissions, 9 UK premieres and as many World firsts. If I had to plump for one curiosity, it would have to be Ethel Smyth’s Concerto for Horn and Violin (4 Aug) which emerges from obscurity as part of a programme with Rachmaninov’s 2nd Symphony (the latter composer arguably over-represented with all of his works for piano and orchestra spread over the festival).

My own highly subjective highlights are the Messiaen opera (on the basis that, absent as it is from the South Bank’s celebration, this is a rare opportunity to hear it), Pierre Boulez’ Janacek-only programme (including the wonderful Glagolitic Mass – 15 Aug)), the same composer’s short opera Osud (Fate – 21 Aug), a smattering of Varse and Glyndebourne’s Coronation of Poppea (31 July), the latest in the Sussex opera house’s now annual Proms visits.

Value for money is a feature of the season. For promenaders, the ticket price stays at just 5 and there are a number of very long concerts, making cost per minute for the standees lower than ever. At the press conference to launch the season, Roger Wright, clearly a man with a droll sense of humour, conjured up the bizarre image of Ken Dodd narrating The Soldier’s Tale (14 Aug), saying that that would make for a very long evening indeed (it’ll actually be Patrice Chereau, the French director/actor doing the job). Hopefully, his wry throwaway style will bring a lightness of touch in future years.

In the meantime, this transitionary year sees a combination of his and his predecessor Nicholas Kenyon’s choices. It’ll be interesting to see what Wright comes up with from next year, when he has a relatively free hand.