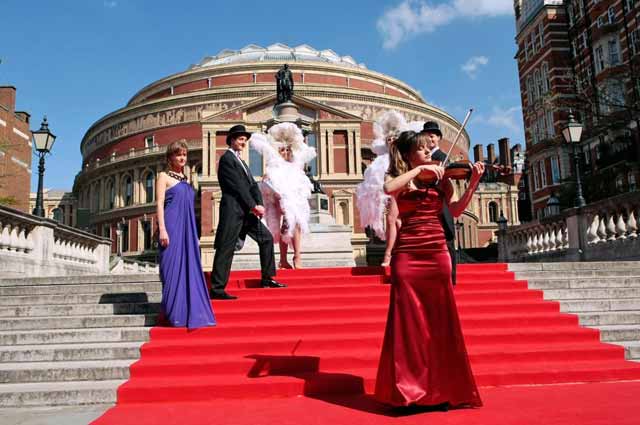 BBC Proms 2019, at the Royal Albert Hall and beyond

2019 marks the 150th anniversary of the birth of Henry Wood, the founder-conductor of the Proms, and the man who initiated the concert series’ link with the BBC. The BBC’s press release for this year’s season begins with the somewhat paradoxical statement “Remaining faithful to Wood’s mission to ‘bring the best classical music to the widest possible audience’, the Proms offers a wealth of genres and styles in a range of contexts”, and this year’s extensive-yet-slightly-unfocused programme reflects this paradox.

In their early years – and for a long time afterwards – the Proms were heavily formulaic: Wagner Mondays, Beethoven Fridays, and so on, but over the years the vision initially set out by Wood (and, let us not forget, Robert Newman, whose initial idea the off-season concert series was) has become a much more flexible vehicle, allowing the celebration of composer anniversaries, or over-arching themes to be explored, as well as championing new works, and providing a more eclectic mix (the latter, perhaps, Wood and Newman might have approved of, with their inclusion of English popular songs in the second half of concerts, or ‘Popular Saturdays’).

This year’s programme is certainly eclectic, and perhaps overly so; indeed, apart from obvious nods to celebrating Wood’s achievements (certain pieces such as Mahler’s 4th symphony in Prom 33, are marked ‘Henry Wood Novelties’ to indicate that these were introduced by Wood to British concert-goers, and Prom 74 is ‘Beethoven Night’), there are few large themes. 2019, in any event, offers slim pickings for composers’ centennial or half-centennial anniversaries; the only major composer with a significant anniversary is Hector Berlioz, who died 150 years ago, and he is celebrated with L’Enfance du Christ (Prom 37), Les nuits d’été (Prom 32), Symphonie fantastique (Proms 72 and 73) and his opera Benvenuto Cellini (Prom 59). Jacques Offenbach (born 200 years ago) gets a name-check with the overture to Orpheus in the Underworld on the Last Night (Prom 75), but Ruggero Leoncavallo (who died in 1919) gets no mention at all. Competing with Kings Place’s current year-long focus on female composers, the season features works by Clara Schumann and Barbara Strozzi (who were born in 1819 and 1619 respectively) in Proms at Cadogan Hall concerts 6 and 2 (Clara Schumann’s piano concerto makes an appearance in Prom 42).

A more nebulous theme to this year’s season is ‘The Sound of Space’. Apollo 11 made lunar touch-down half a century ago, and this is commemorated from several angles. The CBeebies Prom A Musical Trip to the Moon (Proms 3 and 5) features John Adams’ A short ride in a fast machine and Hans Zimmer’s Earth; the almost-perennial performance of Holst’s The Planets is given at Prom 4; Anna Thorvalsdottir’s UK première of Metacosmos appears in Prom 6; Prom 13 is dedicated to Olivier Messiaen’s brilliant Des canyons aux étoiles; and the world première of Huw Watkins’ The Moon is oddly bracketed with a couple of 19th-century Russian classics in Prom 28. In the late-night Prom 27 the London Contemporary Orchestra explore sci-fi themes (including Alien Covenant and Gravity); another late-nighter, Prom 10, sees a special tribute to the lunar landing from a collaboration between cult band Public Service Broadcasting and The Multi-Story Orchestra. Richard Strauss’s Also sprach Zarathustra (the opening 21 bars of which seem to be the universal ‘space signature tune’) makes an appearance in Prom 19.

The Proms at Cadogan Hall lunchtime concerts make a welcome return; this year their theme is a musical progression through the centuries. There’s Renaissance choral music from Voces8 in the first one, an early-Baroque vocal selection in the second, some later Baroque instrumental music performed by The English Concert in the third, a trio of classical string quartets by Aris Quartet in the fourth, 19th-century song in the fifth, 19th-century string trios in the sixth and contemporary chamber music performed by Wojciech Świtała and the Silesian String Quartet in the seventh.

As well as Benvenuto Cellini the other main opera this year is a semi-staged performance of Mozart’s The Magic Flute (Prom 51) featuring soloists and chorus from the Glyndebourne company, accompanied by the Orchestra of the Age of Enlightenment. There are operatic highlights scattered throughout, but the largest of them is a selection from Wagner’s Götterdämmerung (Christine Goerke singing Brünhilde) on ‘Wagner Night’, Prom 68.

There are over 20 new commissions this year – which include Zosha Di Castri’s Short is the Memory (Prom 1) and Errollyn Wallen’s The Frame is Part of the Painting (Prom 39). The drive to diversify continues with this season’s non-classical content expanding more than in previous years. Although it’s a delight to see these concerts programmed (and who wouldn’t wish to hear Mississippi Goddam’s Homage to Nina Simone in Prom 45?), it would be a pity if the Proms simply became ‘a summer music festival for everything’. These crossover concerts include John Wilson’s annual trip to Hollywood with The Warner Brothers Story (Proms 29 and 30), a presentation of scratch-DJing and breakdance music in The Breaks (Prom 64) and a late-night Prom from ‘the undisputed queen of African music’ Angélique Kidjo (Prom 16).

Finally, for those in search of the unusual and quirky, here are a few suggestions:

Details of all the BBC Proms, including how to book (tickets go on sale on 9 May), can be found at the BBC Proms website.