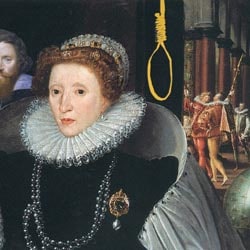 Buxton is one of the gems of the Peak District and its opera house one of the loveliest in England.

Yes, the 2007 Festival boasts over 110 events in only three weeks, but do not admire the quantity: rather admire just what it is that’s being put on.

There are seven operas, and all are worthwhile (how often can you say that about a company’s season, let alone a company whose season lasts only 17 days?).

King Arthur (from 9 July) is a must. I wasn’t sure about the production when it went to the Cadogan Hall, but here’s a chance to see it in a proper opera house. The singing is uniformly excellent and the Orchestra of the Baroque perform admirably. Le nozze di Figaro (from 8 July) is of course worth a trip (the Classical Opera Company are usually pretty strong), but I would plump for the UK premiere of Romeo and Juliet (from 12 July), a singspiel by Georg Benda that Mozart apparently treasured.

Donizetti’s Roberto Devereux is a challenge for even the largest opera houses in the world. The question is whether Mary Plazas (known in London for her Puccini interpretations) has a meaty enough voice to cope with the stupendously difficult role of Elisabetta? She is partnered by American tenor Todd Wilander – if his voice is anything like as snazzy as his website, we should be in for a treat.

Offenbach is difficult not to love, so why not treat yourself to an uproarious night out with Bluebeard (from 7 July)? Jeffrey Lloyd-Roberts heads the cast. And two modern works: Julie by Philippe Boesmans (19 July), conducted by the excellent Michael Rafferty and Jonathan Dove’s Tobias and the Angel (from 9 July). The former is coming to Covent Garden’s Linbury Studio in November, so make sure to catch this sneak preview, while the latter was performed at the Young Vic last November to glowing reviews.

What else? Poulenc’s operatic monologue La voix humaine at the Palace Hotel, sung by Claire Booth (11 July). Favourites Felicity Lott, Ann Murray, Robin Blaze, Jonathan Lemalu (singing Schubert’s Schwanengesang – not to be missed), Alice Coote and the miraculous Emma Kirkby all turn up in recital. You can even watch Copplia, a ballet that never fails to raise a laugh, at the Opera House on 13 July.

And before you know it, the town is deluged with popular authors and personalities, including Claire Tomalin, Joanna Trollope and Jeremy Bowen. There are numerous talks and lectures throughout the 17 days. But make sure to find time to explore the town (I hope the fantastic second hand bookshop is still open) and take a walk in the surrounding countryside. It’s a beautiful area of England.

Reviews of Roberto Devereux and Bluebeard will appear soon on musicOMH.